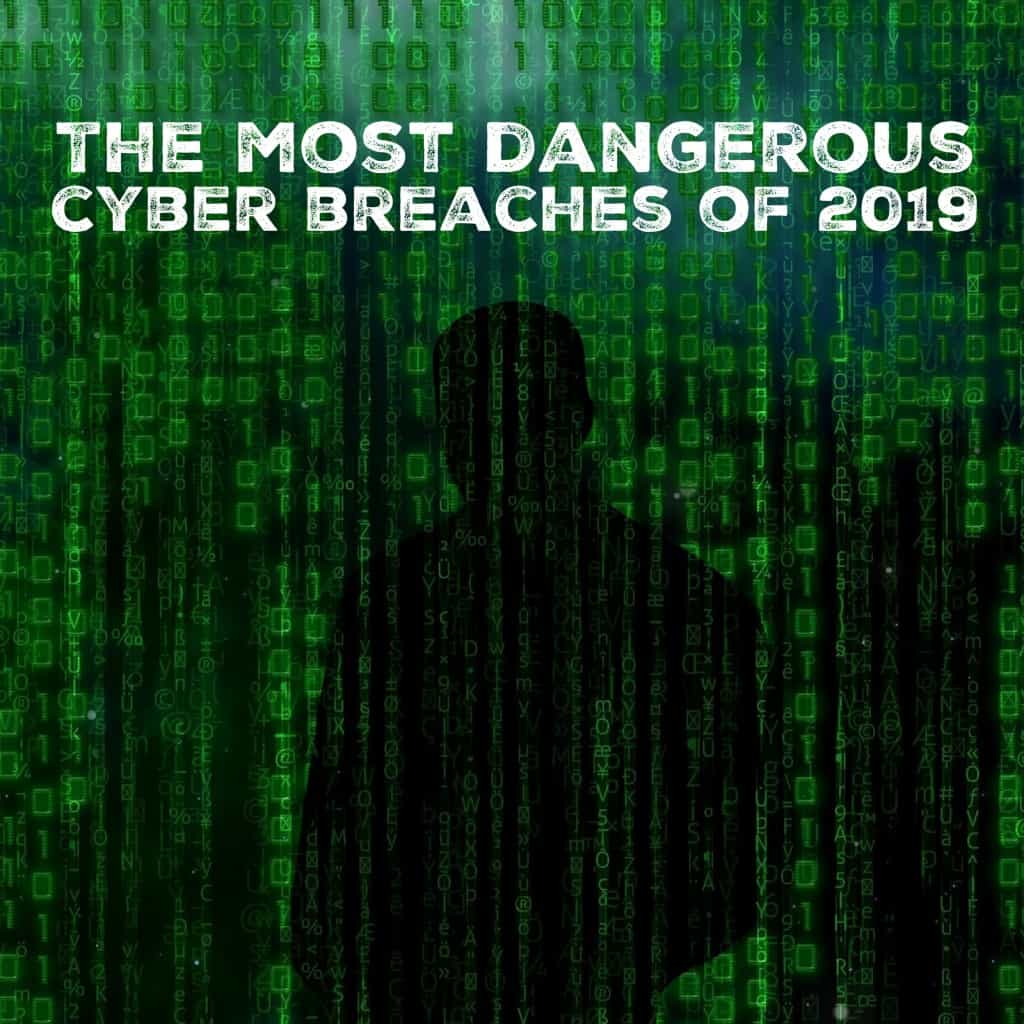 No matter how vigilant you are in the modern world data breaches have the potential to impact both you and your business. From hacking, to malware, to even social engineering, the technological infrastructure of the modern world has many points of failure. Emails, passwords, names, personal information, phone numbers, and social security numbers are all valuable data to criminals or online spies (Yes, 25% of data breaches in 2019 were products of espionage). Even if you think you are doing everything right your information might still be compromised.  Any information you, your employer, and even your local government offices put online (or sometimes even store offline physically) is at risk.

The year 2019 was identified a a high risk year for cyberattacks and data theft by the World Economic Forum report. This unfortunate prediction echoed true when 2019 had over 50% more data breaches then the previous year. From email addresses to finger prints, this is a list of some of the most significant data breaches of 2019.

In October this year 92 million Brazilians had their names, dates of birth, and tax payer IDs auctioned to the highest bidder on underground internet forms. The seller named “X4Crow” stated the information is sorted by province and also contain the information of numerous legal entities. A lot of estimates show Brazil has only 93 million citizens officially employed, making this leak affect nearly every employed citizen in Brazil.

The design app Canva and popular mobile phone game Words with Friends both got breached by the same hacker (or group of hackers) known as “Gnosticplayers”. Canva’s hack resulted in the breach of 139 million users data while “Words with friends” breach affected more than 218 million. The affected information included passwords, emails, Facebook user IDs, and phone numbers. Together this hacker/hacking group has sold the stolen information of 932 million users in total on the dark web.

In April security researcher Bob Diachenko discovered 275 million Indian citizens had their data exposed in a “scraping operation” that affected numerous organizations. The information breached included phone numbers, salary information, education history, full names, dates of birth, and more. The sheer size of the breach makes it the largest breech of the year. (so far)

Ironically the Last on our list is a security company named Superma. The main product affected the “Biostar 2 security system” is used by both world governments and private companies. Shockingly this data breach affects the biometric information of over a million users. While that number is much smaller than the rest on this list, the data breached included not only passwords and emails, but fingerprint and facial recognition data as well. Making it one of the most potentially damaging breaches on the entire list.

The data breaches listed here are just the tip of the iceberg for 2019. The growing number of data leaks and breaches prove the importance of choosing what companies you allow access to your personal information and having strong unique passwords for each website and online service you use.