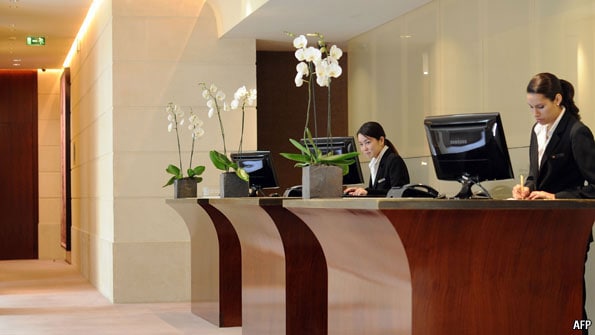 Cybercriminals reportedly stole the information from an exposed MongoDB database on a third-party server.

Hotel franchisor Choice Hotels has confirmed a breach in which attackers stole 700,000 guest records from a publicly available MongoDB database without a password or any authentication.

The unsecured server, which the hotel chain says belonged to a third-party vendor, contained multiple databases holding more than 5.6 million records. Choice Hotels says most of this was “test data,” including fields referring to reservation details, passwords, and payment cards. Most of the 700,000 compromised records were in a database of 2.4 million records labeled “privacy log” and located in the same MongoDB instance. Exposed consumer data included names, physical and email addresses, phone numbers, and consent statuses, Comparitech reports.

Security researcher Bob Diachenko found the database on July 2, shortly after it was indexed by search engine BinaryEdge, and worked with Comparitech to analyze it. A ransom note demanding 0.4 Bitcoin was already there, likely left by an automated script targeting publicly accessible MongoDB databases, he believes. Diachenko notified Choice Hotels following his discovery; the firm secured the database on July 2 and began an investigation on July 28.

Choice Hotels says it will not be collaborating with this vendor in the future, and it’s taking a closer look at its vendor relationships to put additional controls in place. It also plans to implement a responsible disclosure program to learn of future security incidents.